What we consider to be the most rewarding and challenging career available today!

The Airline Transport Pilot license, also known as (ATP) in the United States, is the highest-level Certificate in the Pilot License Certification Scale. This level of certification is what pilots with Commercial Pilot Licenses hope to possess one day. With this certification, it does not necessarily open the doors widely to apply to any Airline in the world, but also qualifies you to exercise as a Pilot in command of an Airliner, weighing more than 12,500 pounds and operating under FAA Part 121 rules. 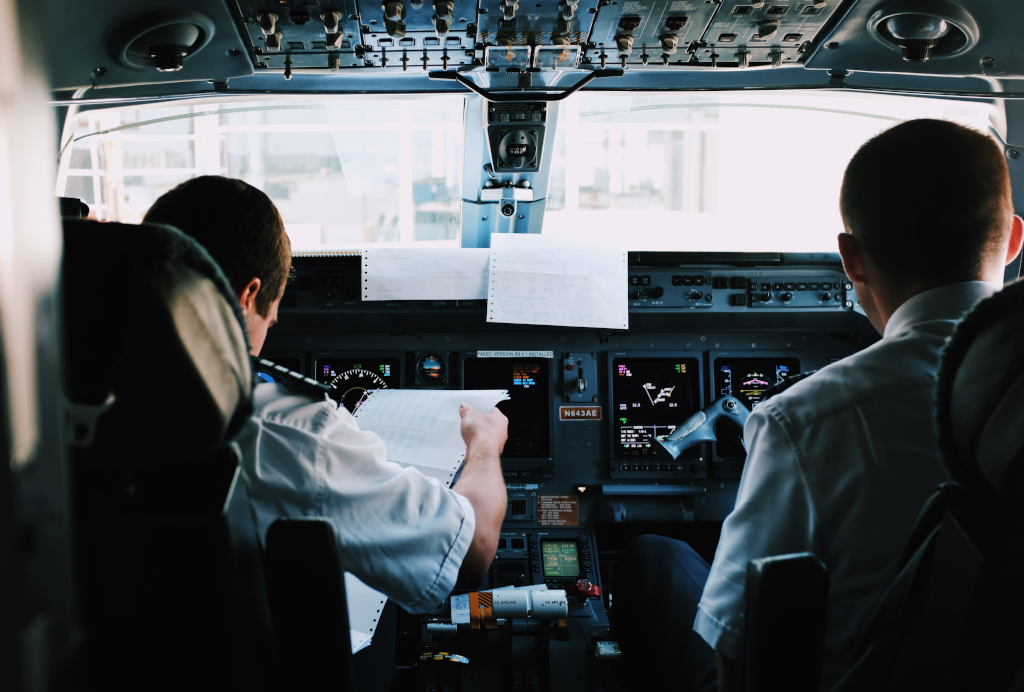 Unless otherwise exempt, you must have 1,500 hours before you apply.

Different ways to obtain experience and accumulate the minimum requirement of 1,500 hours:

Why has it become so lucrative to become an Airline Pilot?

Becoming an Airline Transport Pilot is not easy, but at the end it is worth the sacrifice. In addition, the salaries paid by the Airlines in the last few years had gone down and in many cases the investment in training, which can take two to three years, seemed for some regions was not worth it. However, this situation has begun to turn around with the increase of air traffic worldwide, and especially with the frenetic growth of airlines in Asia and the Middle East, which need more and more pilots. These airlines pay salaries five or six times higher than those in Latin America and two or three times more than in the U.S. That is why the challenge is to become a better prepared pilot.

Emergence of the pilot shortage – The most important question is not whether a pilot shortage will reemerge, but when it will occur and how large the gap will be between supply and demand. Based on a modest recovery scenario, we believe a global pilot shortage will emerge in certain regions no later than 2023 and most probably before.

However, with a more rapid recovery and greater supply shocks, this could be felt as early as late this year. Regarding magnitude, in our most likely scenarios, there is a global gap of 34,000 pilots by 2025. This could be as high as 50,000 in the most extreme scenarios. Eventually, the impact of furloughs, retirements, and defections will create very real challenges for even some of the biggest carriers. One cushion airline has created consists of 100,000 pilots still on payroll but flying reduced schedules or on voluntary company leave. In the US, such programs have been extremely popular and will provide the airline some flexibility once the industry begins to recover.

A Unique Concept in the Flight Training Industry

Unfortunately, there is an abundance of evidence showing an inadequate lack of skills proficiency in today’s pilots.
Pilots are not exercising the same duties all the time and are hardly flying the same procedures, as for example IFR recurrency, it is a significant problem in the air transport industry. Simpilot monitors your flight proficiency progress by making available the use of FAA approved flight simulators. Any time that a particular endorsement check or recurrent proficiency deadline is approaching, our MFP program will begin to send you reminders by text and/or email to fulfill that requirement.

Job Placement is a free service that Simpilot offers to its pilot members to find employment. Simpilot works with several large and small domestic, international airlines, and aviation companies, for whom they screen and place pilots for both temporary and permanent positions. This type of assistance usually includes a combination of career counseling and skills assessment, along with guidance on writing a resume, drafting a cover letter, and filling out a job application. After that step is completed, then we can help the pilots to find appropriate available positions and prepare them for their interviews.

Building flight time is important, especially if you are working towards a career as a professional pilot. There are few creative ideas that will help you build flight time hours: becoming a Flight Instructor, volunteering for a charitable cause or train for a new endorsement or rating, and becoming a member of the “Simpilot Flying Club”, which is an organization developed with aircraft owners in mind, who hardly ever fly their airplanes and are willing to rent them at a low cost, being this option the one that saves you more time and money. We created this program in response to the recent increase of the flight time experience requirements needed to obtain your airline Transport Pilot (ATP) certificate.

To keep pilots safe while flying, «safety always comes first«.
Aviation welfare is especially important because there are lives involved in every operation of the aircraft. Safety must be the number one priority for every pilot in all aspects of their flight. We at Simpilot, provide information on new safety risk control and corrective actions as well as the newly amended safety procedures. Through simulation, we promote a positive safety culture and encourage pilots to always maintain awareness of safety.

Our Pilot Orientation Plan has been designed to be simple and affordable for future students who would take the first steps towards acquiring their Private Pilot License, on their way to becoming Commercial Pilots. Simpilot’s new method of flight training using simulation, gathers all the necessary and important factors that simplify while at the same time accelerate the learning and assimilation process that will be incorporated later in real life situations.

By being a member of Simpilot, we are dedicated to keep your flight training safer, smarter, and in good standings with all the aspects of becoming a well verse mindful pilot; even though, the actual flight training is provided in partnership with our flight school associates. We have ensured the efficiency of your flight training experience, by providing a high-quality professional learning environment. We can provide the tools for success, by monitoring the academic progress of our students. The first and most important tool is motivation, the second is dedication, and the third is willingness to achieve your future goals.

Learn more about the initiative that will revolutionize the flight training industry.